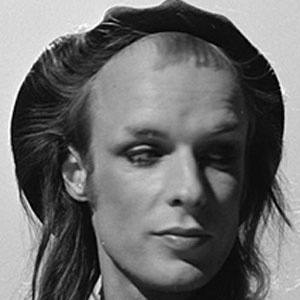 Versatile performer who gained recognition for his innovations with ambient music. He worked with U2 on the 1987 album The Joshua Tree, which won the Grammy Award for Album of the Year.

He used to strip pianos with his college art teacher Tom Phillips, line them up in the halls, and throw tennis balls at them. This led him to join Cornelius Cardew's Scratch Orchestra.

He composed "The Microsoft Sound" for Windows 95, which he created on a Mac.

He married Anthea Norman-Taylor in 1988, and he has three children named Darla, Hannah and Irial. His mother gave birth to him at Phyllis Memorial Hospital, Woodbridge, Suffolk.

He and Robert Fripp released a 1973 album titled "(No Pussyfooting)," which used a technique called "Frippertronics" based on a tape-delay system.

Brian Eno Is A Member Of