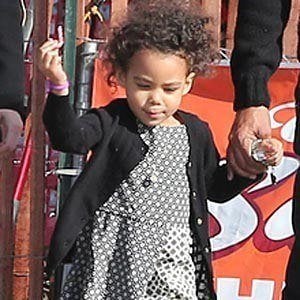 Her parents met at a LA grocery store in 2003 and soon after began dating. They were married in 2007.

Her mother said on the Ellen DeGeneres Show that Stella aspired to become an emergency room doctor after watching her mother on Grey's Anatomy.

Stella Ivery Is A Member Of