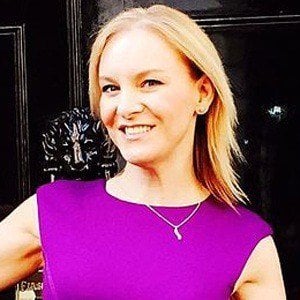 Transgendered radio personality best known as host of the weekday breakfast show Hirsty's Daily Dose as well as the national commercial chart show, Hit40UK.known as. She became a prominent figure in London's No Filter campaign.

She got her start in radio at the age of 12 as a helper for the DJs at 96.3 Radio Aire before working her way up.

She and her breakfast team won Commercial Radio Presenter(s) of the Year at the CRCA Awards.

She was born a man under the name Simon Hirst. She announced her transition to Stephanie in October 2014.

Stephanie Hirst Is A Member Of