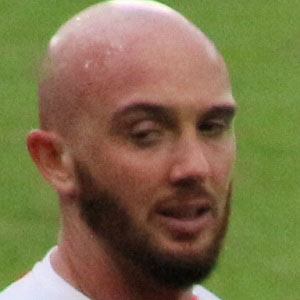 Attacking midfielder who began his senior career in 2005 with Manchester City, then played for Aston Villa from 2010 to 2014 before joining Stoke City; played for Ireland's national team from 2006 to 2007.

He began his youth career as a seven-year old with the Cobh Ramblers, before joining Manchester City's youth system in 2001.

On October 2, 2005, he made his first Premier League start, in a game against Everton, and he was given the Man of the Match award.

He was born in Cork, Ireland.

He left Ireland's national team in 2007 after a conflict with manager Steve Staunton.

Stephen Ireland Is A Member Of