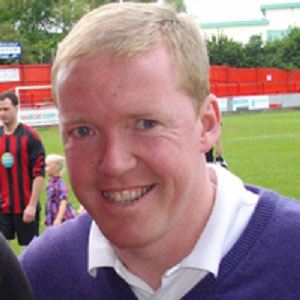 Irish association soccer player who became manager of Darlington and the Republic of Ireland's national team.

He was spotted by a Liverpool scout when playing for his hometown club of Dundalk.

As a player he recorded over 100 caps over his career and led Ireland to the elimination rounds of the 2002 FIFA World Cup.

He was born and raised in Dundalk County Louth.

Niall Quinn also became a manager after playing for the Republic of Ireland's national team.

Steve Staunton Is A Member Of