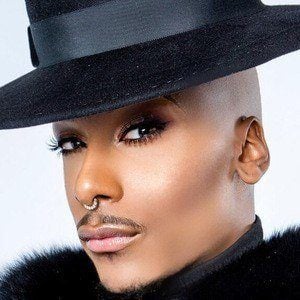 Up and coming fashion designer who rocketed to fame starring on the BET reality series F in Fabulous. He earned his spot on the show after he was referred to the show's producers by friend and costar Kamie Crawford.

Before he began studying fashion design at FIT, he first earned an Associate of Applied Science in fashion design in Florence, Italy. He also studied at the prestigious Baltimore School for the Arts.

He has a friend who is a stylist to former Disney star Zendaya Coleman. His friend liked his designs enough to style Zendaya in one of his originals for the cover of Kode Mag.

His relationship with his father has been strained due to his unique fashion choices and sexuality, but they are now close. He is also close with his mother. He has three older siblings.

He has been friends with basketball royalty and social media sensation Elisa Johnson since the two met during their freshman year of college.

Stephon Mendoza Is A Member Of