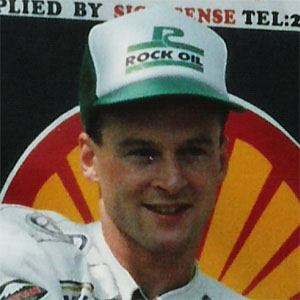 Revered motorcycle racer from Scotland who became an eleven-time winner of the Isle of Man TT. He is a member of the Scottish Sports Hall of Fame.

He began his racing career by finishing second at the Manx Grand Prix in 1983.

A bronze statue was erected in his memory at Onchan Head, Isle of Man.

His brother, Garry Hislop, was killed in a motorcycle accident at age nineteen.

He and Ron Haslam are both winners of the Macau Motorcyle Grand Prix.

Steve Hislop Is A Member Of