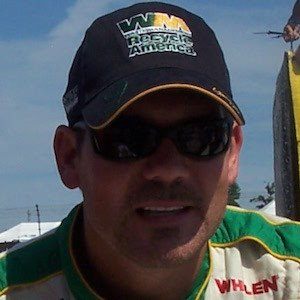 He was first hired to race for legendary driver Dale Earnhardt in 1996.

He won his first NASCAR Sprint Cup Series race at the 2000 Global Crossing at The Glen.

In the 2001 Daytona 500 where Dale Earnhardt died in a fatal crash, Park's car was also involved in a crash.

Steve Park Is A Member Of