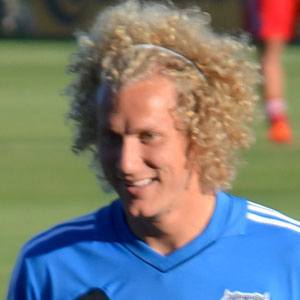 MLS forward who joined the San Jose Earthquakes in 2011 after spending two years with the Columbus Crew.

He played two college seasons with the Azusa Pacific Cougars before turning professional in 2007.

He won his first career MLS Cup with the Columbus Crew in 2008.

He was raised with a sister named Jennifer.

Steven Lenhart Is A Member Of