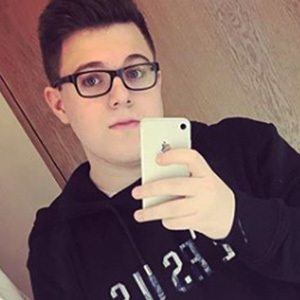 YouTube gamer who is known for his SuchSpeed channel. He has gained popularity there for his Minecraft gameplay videos on the Hive server and in UHC mode.

He began his YouTube channel on May 17, 2014. He posted his first video there on the same day.

He has amassed more than 220,000 subscribers to his YouTube channel since its beginning. One of his most popular videos, "UHC on Air Winner - Season 3! (UHC Highlights Special)," has earned more than 100,000 total views.

His first name is Tom. He was born and raised in England.

He and fellow YouTube gamer HBomb94 are both known for their Minecraft play in UHC mode.

SuchSpeed Is A Member Of