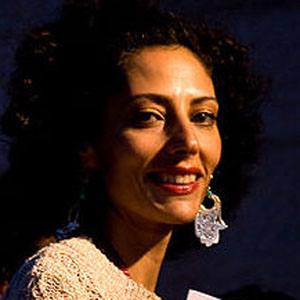 Palestinian-American poet and political activist whose works include Drops of This Story and Breaking Poems. She also toured with an HBO-produced event called Def Poetry Jam, winning a 2003 Tony Award for a Broadway Def Poetry performance.

She received an American Book Award in 2009.

She was born to Palestinian parents in a Jordanian refugee camp and was raised in Brooklyn, New York.

She was signed to a spoken-word poetry contract by Hip Hop great Russell Simmons.

Suheir Hammad Is A Member Of