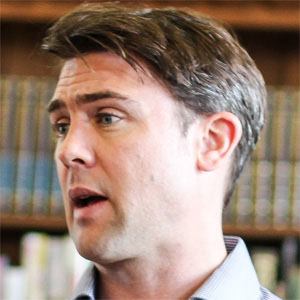 Poet, author, and performer whose debut poetry collection, The Blue Book, was nominated for the Wales Book of the Year.

He received his master's degree in creative writing from the University of East Anglia.

His first novel, Resistance, was nominated for the 2008 Writer's Guild of Great Britain Best Book Award and was translated into ten languages.

He was born in Suva, Fiji and was raised in Abergavenny, South Wales. He married Katherine Sheers.

He based his one-man play, "Unicorns, almost," on the life of World War II-era poet Keith Douglas. The play was first performed by actor Joseph Fiennes.

Owen Sheers Is A Member Of