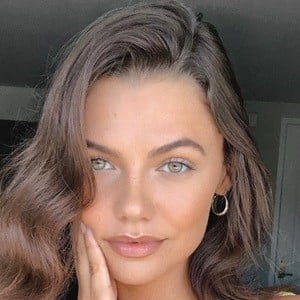 YouTube beauty guru who has earned widespread prominence for her self-titled channel's content. She has gained popularity there for her makeup tutorials and reviews, as well as Get Ready With Me's and healthy living vlogs.

She began her YouTube channel on February 28, 2013. She has studied broadcasting at Rowan University.

She has amassed more than 430,000 subscribers to her YouTube channel. One of her most popular videos there, "Everyday Makeup Tutorial - Simple and Fresh!," has earned more than 450,000 views.

She and Olivia Giannulli are both known for their original beauty vlogging on YouTube.

Summer Sheekey Is A Member Of