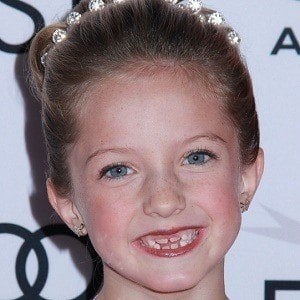 Actress known for her role as Christine Booth on the show Bones. She also appeared in an episode of Ladies Like Us.

She started acting in commercials as early as three-years-old, appearing in a spot for Huggies.

She's also a dancer, training in contemporary, jazz, and tap.

She has three older siblings, two brothers and a sister.

She plays the daughter of Emily Deschanel and David Boreanaz's Bones characters.

Sunnie Pelant Is A Member Of