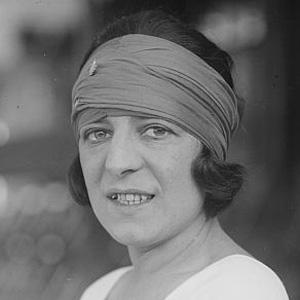 French tennis player who was one of the first female athletes to earn international acclaim, winning 31 Championship titles from 1914 to 1926.

Because of the chronic asthma that weakened her as a child, her father began training her in tennis as a means of building up her strength and endurance.

She defeated seven-time tennis champion Dorothea Douglass Chambers at Wimbledon in 1920 and won two gold medals and one bronze medal at the 1920 Olympics.

She died of pernicious anemia in 1938 at the young age of 39; she was inducted into the International Tennis Hall of Fame in 1978.

Her international status as a female tennis star paved the way for future generations to have their own female tennis heroes, like Venus Williams.

Suzanne Lenglen Is A Member Of