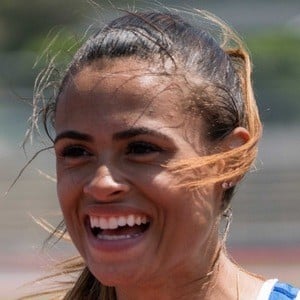 Hurdler and sprinter who became the record holder of a number of age group world bests. She is a two-time winner of the Gatorade National Girls Athlete of the Year trophy.

She set the world junior 400-meter record at the 2018 NCAA Division Indoor Track and Field Championships for the University of Kentucky.

Her older brother Taylor won silver in the 400-meter hurdles at the 2016 IAAF World U20 Championships. Her father Willie and mother Mary were also runners. In 2021, she got engaged to former Carolina Panthers player Andre Levrone Jr.

She bested Lashinda Demus's junior record in the 400-meter hurdles.

Sydney McLaughlin Is A Member Of