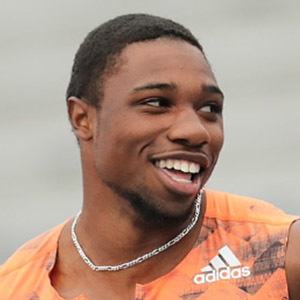 American track and field sprinter who set a 300m indoor world record with a time of 31.87 seconds at the 2017 U.S. Indoor Championships. He previously won a gold medal in the 200m at the 2014 Youth Olympic Games.

He started participating in track and field when he was 12 years old.

His parents Keisha and Kevin were track and field athletes at Seton Hall University.

He became a medal-winning track star like Harrison Dillard and Madeline Manning.

Noah Lyles Is A Member Of