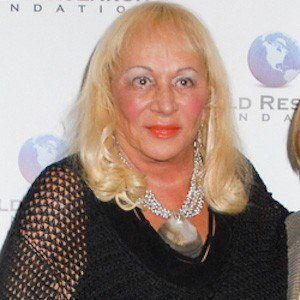 A self-proclaimed medium and psychic, Browne gained commercial attention for her talk show appearances and for the paranormal and spiritual subject matter of her books. She received flack for several highly publicized false predictions, including her 2004 proclamation that missing woman Amanda Berry, later found alive, had been murdered.

In her early years, she held many odd jobs, including positions with a jewelry dealer, freight company, and the postal service. As a teenager, she also performed cold psychic reads for money.

She was convicted of fraud and grand theft in 1992.

Her marriage to Gary Dufresne began in 1959 and ended in divorce in 1972. She was then briefly married to Kenzil Dalzell Brown, followed by Larry Lee Beck. For the last four years of her life, she was married to fourth husband, Michael Ulery.

She was interviewed by famous broadcast journalist, Larry King.

Sylvia Browne Is A Member Of