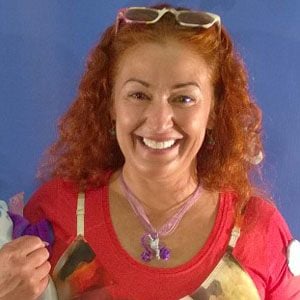 American-born Canadian actress who has provided her voice for countless TV series, anime roles, and video game roles, most notably My Little Pony. She has also appeared on live-action television in series such as The New Addams Family, Police Academy: The Series, and Stargate SG-1.

She won a Dora Award in 1995 under her former alias, Paulina Gillis, for her performance in Assassins.

She has appeared in web productions called "#Tweet It: Featuring My Little Pony Staff and Bronies" and "BlackGryph0n's 50,000 Subscribers Special."

She was born in Boston, Massachusetts but later moved to Vancouver, Canada.

She and Ashleigh Ball have both voiced lead characters on the popular TV series My Little Pony.