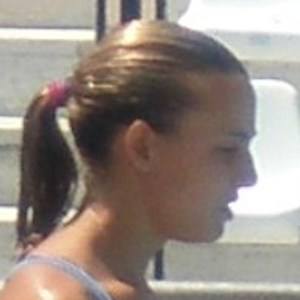 Diver who became the first Italian woman to earn a World Championship medal when she earned a bronze at the 2009 World Championships. At the 2016 Rio Olympic Games, she won a silver and bronze medal in the 3m individual and synchronized diving events, respectively.

She made her Olympic debut at the 2000 Olympic Games in Sydney.

She won the 2015 FINA World Championship gold medal in the 1m diving event. She finished in 4th place overall at the 2012 Summer Olympics in the diving events.

Her parents Giorgio and Carmen were both world class divers who both also competed at the Olympics.

She competed against Jennifer Abel at the 2016 Rio Olympic Games in diving.

Tania Cagnotto Is A Member Of