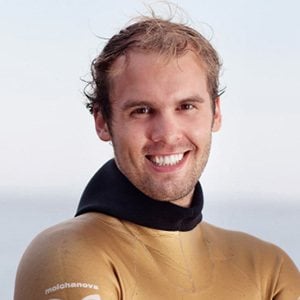 Russian freediver who has risen to fame as a multiple time world-record setter and medalist, including in 130 meter constant weight at the July 2018 OriginECN Vertical Blue Freediving Competition. He won two gold medals at the 2015 AIDA Individual World Championship.

He was a prolific and nationally ranked swimmer growing up in Russia. He began freediving during his teenage years.

He has run the Russian Freediving Federation. He also set a world record in October 2018 at the CMAS World Freediving Championships at 116 meters.

He and William Trubridge have competed alongside one another at international freediving tournaments.

Alexey Molchanov Is A Member Of