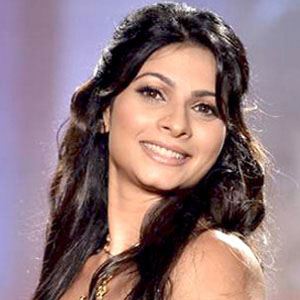 Most famous for her roles in such Hindi films as Sarkar Raj and Be Careful, she is also known for her award-nominated role as Deepika in the 2007 Tamil film Unnale Unnale.

She made her film debut in a 2003 Hindi feature titled Sssshhh...

She was the runner-up in the seventh season of the popular reality series Bigg Boss, and she sat on the judges' panel of another reality show, Gangs of Haseepur.

Born to actress Tanuja and writer and director Shomu Mukherjee, she grew up in a family of Bollywood entertainers. Her sister, Kajol, also had an acting career, as did her cousins Mohnish Behl, Sharbani Mukherjee, and Rani Mukherjee.

She appeared with Bobby Deol in the 2005 film Tango Charlie.

Tanishaa Mukerji Is A Member Of