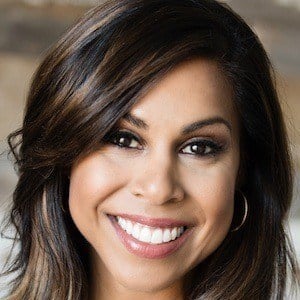 Interior designer who is known for her appearances on the home improvement network HGTV as a host. She has appeared on Designed to Sell and HGTV Showdown as both a host and designer. She has also appeared as a guest on The Ellen Degeneres Show and Good Morning America.

In 2005, she founded her own design firm, called Taniya Nayak Design LLC. In April 2011, she was honored with an Excellence in Design award from the American Society of Interior Designers-New England.

She was born in India, and raised in Boston, Massachusetts. Her father, B.D. Nayak, is an architect of renown in Boston. In 2007, she married Brian O'Donnell.

She has appeared as a designer on the TV series Restaurant: Impossible alongside its host Robert Irvine.

Taniya Nayak Is A Member Of