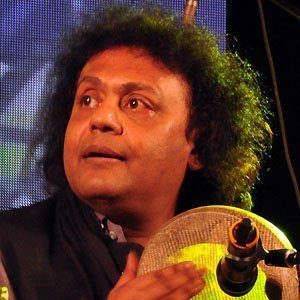 Percussionist, tabla player, and film composer who founded the musical group Taaltantra in 2002. He was one of the most important performers of Indian Classical Music internationally and collaborated with some of the greatest Indian Musicians of all-time.

He started receiving formal music training at age seven and graduated from the Scottish Church College.

He was given awards from numerous organizations, including UNICEF and the South Point Ex-Student Association.

His family raised him in Kolkata. He married Bonnya.

He had a longstanding collaborative and performance relationship with Ravi Shankar.

Tanmoy Bose Is A Member Of