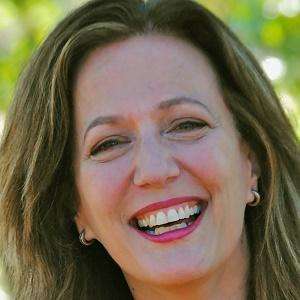 Musician, composter, and band leader best known for her many years appearing on the hit improvisational show Whose Line Is It Anyway. She is also a founding member of the folk band The Sweet Potatoes.

She worked as a pianist for prominent improv companies like Second City and the Improv Institute before working on Whose Line.

In addition to her work on Whose Line, she performed during live recordings of the Drew Carey Show.

She married Second City mainstage actor Rick Hall and together they had two children named Eva and Ruthie.

She made regular appearances on the original run of Whose Line alongside comedians Colin Mochrie and Ryan Stiles.

Laura Hall Is A Member Of