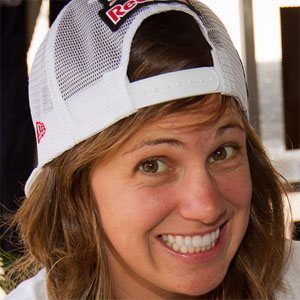 Motocross racer who won X-Games gold in the 2008 supermotocross and silver at the 2010 and 2011 X-Games in the same event.

She started out as a surfer but switched to racing motorcycles when she was 10 years old.

She began racing professionally in 2003.

Her parents opened a surf shop in Puerto Rico.

Skateboarder Andy Macdonald also competed in the 2008 X-Games, winning a gold medal of his own.

Tarah Gieger Is A Member Of