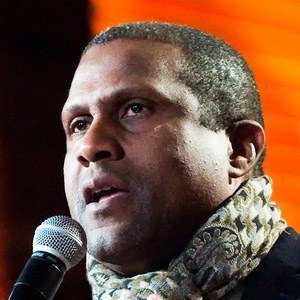 In high school, he was involved in student council and debate team.

He was the host and executive producer of BET Tonight for many years.

His distant cousins are T.D. Jakes and James Wheaton.

He was featured in Oprah Winfrey's magazine when they said he was a change agent.

Tavis Smiley Is A Member Of