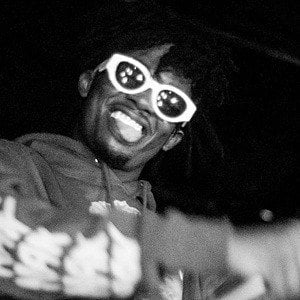 Known for singles such as "Broke Boi" and "Fetti," he became a quick rising rapper who was making a big name for himself without an official mixtape or album release. A fan of his put together one 45-song mixtape of his work called Tha Carti and made it available to the public.

He was working with Ethereal early in his music career and was previously known by the stage name Sir Cartier.

In an early release of his, he raps over the startup music of Playstation 2.

His real name is Jordan Carter and he is from Riverdale, Georgia. He dated Blac Chyna in 2017. He then began dating Iggy Azalea in 2018, and the couple welcomed a son named Onyx together in 2020. Later in 2020, their relationship ended.

He was signed by Father's label Awful Records and has worked with artists such as Skepta and Frank Ocean.

Playboi Carti Is A Member Of