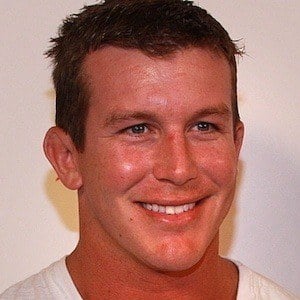 Son of the WWE Hall of Famer Ted DiBiase who was himself a two-time WWE World Tag Team Champion with Cody Rhodes.

He was trained by Chris Youngblood and spent time in Harley Race's Wrestling Academy, making his pro ring debut in summer of 2006.

He made his TV debut in May 2008 on WWE Raw, where he won the World Tag Team Championship; he and Rhodes were soon joined by Manu.

He teamed up with half-brother Mike DiBiase to win the Fusion Pro Team Team championship in 2007. He also has a brother named Brett who was a wrestler.

He made a jump into acting with the 2009 direct-to-DVD release of The Marine 2, a sequel to the original that starred fellow wrestler John Cena.

Ted DiBiase Jr. Is A Member Of