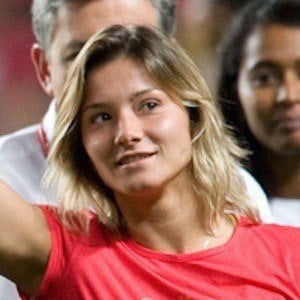 Judoka who has been widely recognized as the best female judoka in Portugal's history, dominating the European Judo Championships by winning 11 medals from 2004 to 2015. She was named Portuguese Sportswoman of the Year in 2010, 2011 and 2014.

She was raised in Almada, Portugal and began practicing Judo at age 14.

She has a sister named Ana.

She and Kosovo's Majlinda Kelmendi are both European Judo Champions.

Telma Monteiro Is A Member Of