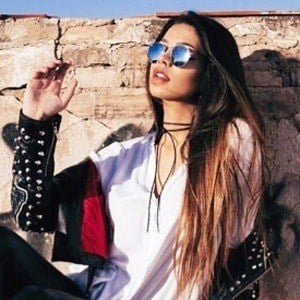 Spanish fashion and swimsuit Instagram model who was named as one of Spain's Top 10 Influencers by It Barcelona. She currently has over 370,000 followers on Instagram.

She studied at Cumbres School Valencia in Moncada, Spain until 2014.

She was featured in the 2016 films Xmile and Sonríe.

She has taken Instagram photos with fellow model Marina Romero.

Teresa Seco Is A Member Of