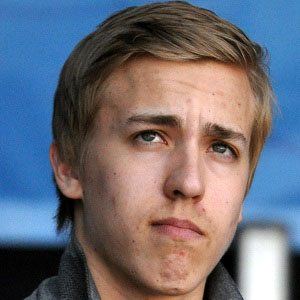 Finnish center who was selected 18th overall in the 2012 NHL Draft by the Chicago Blackhawks. He debuted with the team in 2014 and helped the team win the 2015 Stanley Cup Championship.

He began playing professionally in the SM-Liiga for Jokerit at the age of 17.

He scored the game-tying goal and assisted the game-winning goal in Game 1 of the 2015 Stanley Cup Finals, helping lead the Blackhawks a 2-1 victory over the Tampa Bay Lightning.

He and defender Niklas Hjalmarsson became teammates on the Blackhawks in 2014.

Teuvo Teravainen Is A Member Of