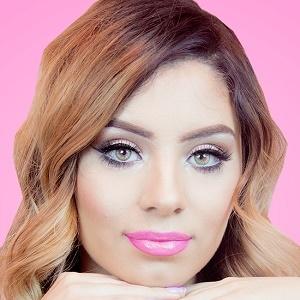 Beauty and fashion guru dedicated to making YouTube videos for her channel Thanias Beauty and working as a freelance makeup artist in west Texas. She has over 270,000 YouTube subscribers.

She worked at many beauty counters and was popular on the social media site Tumblr.

Her most viewed video on her channel is titled "DIY Room inspiration Decor | Chanel, MAC, Designer Paintings | Juicydaily 2014." It earned more than 750,000 views in one year.

She was born in Mexico and would later settle in Texas when she was three years old.

She has collaborated with Manda31409 on videos titled "Swap With Manda31409 | Hello Kitty, Leopard, My little pony, & more" and "Macaron Taste Test."

Thania Gonzalez Is A Member Of