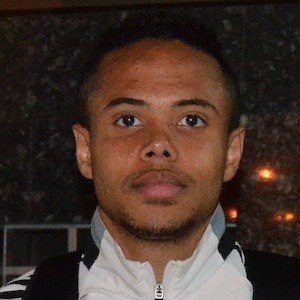 Soccer player best known for his years as a winger for clubs like SV Zulte Waregem, Celta de Vigo and Trabzonspor. He has competed as an international youth player for Belgium at the under-19 and under-21 levels.

He began playing for JMG Academy in 2008, when he was thirteen years old. He turned professional in 2012.

He was considered one of Belgium's most promising youth prospects and was called a "wing wizard" by The Sun.

His parents are both of Congolese descent. He has two children.

He became teammates with left back Emmanuel Mas at Trabzonspor in 2017.

Theo Bongonda Is A Member Of