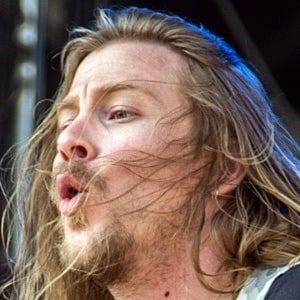 Guitarist best known for his work in the bands Winterlong and Sabaton.

He was previously in the band Raubtier.

He, Chris Rorland and Robban Bäck joined Joakim Brodén and Pär Sundström to form the new Sabaton after several of the original band members left.

He was replaced by Tommy Johansson in Sabaton.

Thobbe Englund Is A Member Of