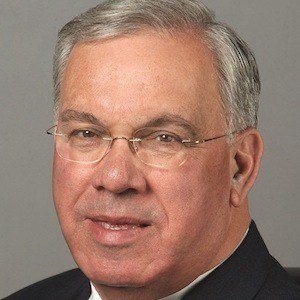 He served on the Boston City Council from 1984 to 1993 and was elected president of the Council in 1993, the same year that he became Mayor.

He strongly discouraged the restaurant Chick-fil-A from opening locations in Boston, going so far as to write its president, Dan Cathy, an open letter because of his stance on gay marriage.

Married his wife, Angela Faletra, in 1966. The couple had two children, Susan and Tom Jr.

In 1993, he was appointed U.S. Ambassador to the Holy See by President Bill Clinton.

Thomas Menino Is A Member Of