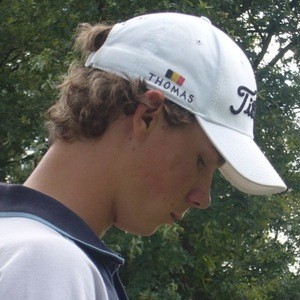 Belgian professional golfer who has gained fame playing on the European Tour. He has made the cut in several high-profile tournaments such as the 2017 U.S. Open and Masters and the 2016 Open Championship and PGA Championship.

He learned how to play golf at the Witbos Golf Club at the age of five.

He represented Belgium in the 2016 Summer Olympics and finished fourth.

His girlfriend Eva Bossaerts cheered for him at the 2017 Genesis Open.

He posted a picture warming up alongside Tiger Woods at the 2018 Masters.

Thomas Pieters Is A Member Of