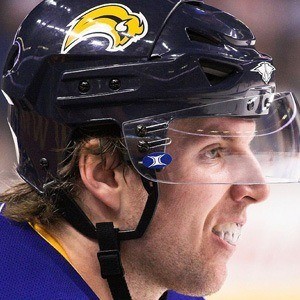 NHL left winger who was named to his first All Star team in 2009, representing the Buffalo Sabres. After spending the bulk of his career in Buffalo, he went on to play for the Montreal Canadiens, New York Islanders, Minnesota Wild and Detroit Red Wings.

He joined the Austrian Hockey Leauge's Graz 99ers in 2012 during the NHL lockout.

He has four children with his wife Ashley Vanek: Blake, Thomas, Luka and Kade.

He was teammates with goalkeeper Martin Biron on the Buffalo Sabres from 2005 to 2007.

Thomas Vanek Is A Member Of