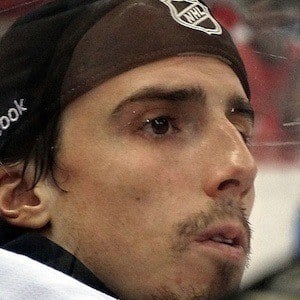 He played for Team Canada in the World Junior Championships, winning back-to-back silver medals in 2003 and 2004.

His last name translated means flower in bloom, and for that reason his goalie mask has featured artwork of flowers, with a fleur-de-lys on the back.

He married his longtime girlfriend Véronique LaRose in 2012. He and Véronique have daughters named Estelle and Scarlett and a son named James.

He backed up Martin Brodeur at the 2010 Vancouver Olympics.

Marc-Andre Fleury Is A Member Of