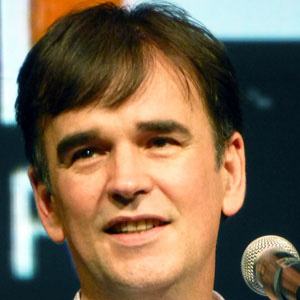 An Australian television personality who is most known for being the host of Big Brother Australia 2003's The Insider and the longstanding sci-fi game show Space Cadets.

He made his first appearances on television on the UK TV series Friday Night Live.

He wrote the bestseller novel Left, Right, and Center: A Tale of Greed, Sex, and Power.

He is known for having the third largest Star Wars collection - the franchise created by George Lucas - in the southern hemisphere.

Tim Ferguson Is A Member Of