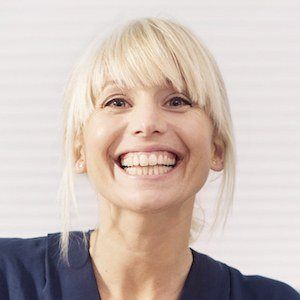 Chef who hosted the PBS show New Scandinavian Cooking on American television and served as a judge on the Swedish version of Masterchef Junior. She is the author of several cookbooks, including Tina's Mat (2001) and Jättegott Tina (2002).

She was raised in Helsingborg in southern Sweden.

She won the Swedish edition of Dancing With the Stars in 2008.

She married Martin Holmqvist in 2011.

She produced the show Tina's Cookalong, which featured Gordon Ramsay as a guest chef.

Tina Nordstrom Is A Member Of