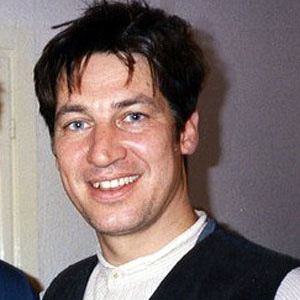 Austrian actor who starred during the 1990s in the television series, Inspector Rex.

He studied music composition at the Vienna University of Music and Applied Arts before training in stage acting at Munich's Otto-Falckenberg Schule.

He was born to an Italian mother and an Austrian father (his birth name was Tobias Bloéb, and he later took his mother's surname), and he grew up speaking Italian, German, and English.

He married musician Julia Wilhem in 1997. The couple became parents to two daughters and a son between 1998 and 2011.

He starred in William Shakespeare's famous play, Troilus and Cressida, at the Munich Kammerspiele, a prominent German theatre company.

Tobias Moretti Is A Member Of