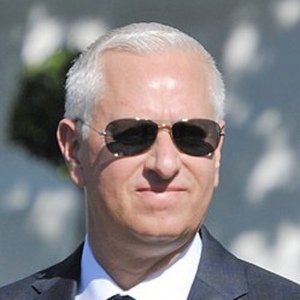 Thoroughbred horse trainer who has trained notable horses like Super Saver, who won the Kentucky Derby in 2010. He won four consecutive Elipse Awards for Outstanding Trainer from 2004 to 2007.

He began working as a hot walker for his father at age seven.

In 2006, he broke the North American record for most stakes wins in a single year which had stood for nearly two decades.

He married a woman named Tracy, with whom he has children.

He trained the horse Super Saver, who won the 2010 Kentucky Derby with the help of jockey Calvin Borel.

Todd Pletcher Is A Member Of