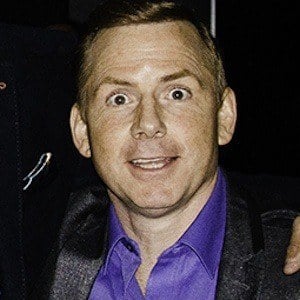 Stand-up comic who was the runner-up on the seventh season of America's Got Talent.

In 1994, he won Seattle's International Stand-Up Comedy Competition. Along with appearing on a host of late night talk shows as a performer, he had a half-hour special for Comedy Central in 2003.

He was raised as the youngest of six children in Providence, RI by a WWII Navy veteran and neurosurgeon father and a homemaking mother. He married fellow stand-up comic Kerri Louise.

He appeared on the late night talk shows of Jay Leno and .

Tom Cotter Is A Member Of