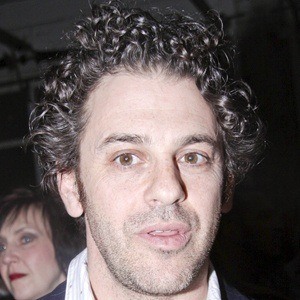 American sculptor and contemporary artist who is best known for having recreated several modern icons using brand packaging and other everyday materials. One of his most famous pieces was a recreation of Le Corbusier's 1952 Unité d'Habitation.

In 2007 he created a 1:1 replica of the Apollo lunar module, a functional mission control, and outfitted two female astronauts in space suits. He dubbed the project; Space Program.

In 2012 he married Sarah Sanders Hoover.

In 2000 he organized an art show titled American Bricolage that featured work from Alexander Calder.

Tom Sachs Is A Member Of