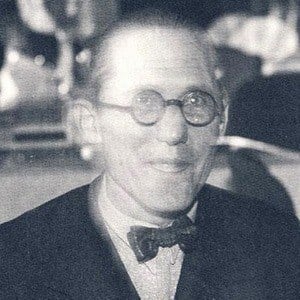 City planner and architect who once said, "A house is a machine for living"; pioneered modern architecture. He was also an early advocate of urban planning.

He was attracted to the visual arts at a young age and eventually studied at the La-Chaux-de-Fonds Art School with Charles L'Eplattenier. He was hired by Auguste Perret, the pioneer of reinforced concrete, in 1907.

He was a French citizen who was born in Switzerland; his birth name was Charles-Edouard Jeanneret-Gris. His wife, Yvonne Gallis, died in 1957.

He and I.M. Pei were both world-renowned pioneering architects of their respective generations.

Le Corbusier Is A Member Of