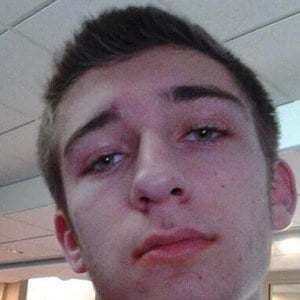 Self-proclaimed "sneakerhead" with a YouTube channel titled TheRealRayRay20 who has earned more than 360,000 subscribers with his reviews and discussions of sneakers. He created a secondary YouTube channel called IRantYouRate to publish vlogs, rants and more in February of 2014.

He officially kicked off his channel in April of 2013, and earned his first 100 subscribers by June of 2013.

He would become a high school basketball coach.

He was born and raised in Winnipeg, Manitoba, Canada. He attended Mennonite Brethren Collegiate Institute for middle school and high school.

One of his more popular videos showcases his Nike LeBron 11 collection of sneakers.

Tom Stefaniuk Is A Member Of