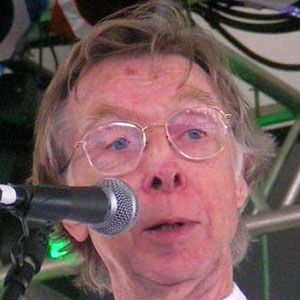 Irish folk musician known for his work in the seminal Irish band The Clancy Brothers. He is sometimes referred to as The Bard of Armagh.

He sang in the St. Patrick's church choir for fifteen years.

He was known for his versatility, playing a variety of instruments including banjo, bagpipes, and tin whistle.

He and The Clancy Brothers once performed for United States President John F. Kennedy.

Tommy Makem Is A Member Of