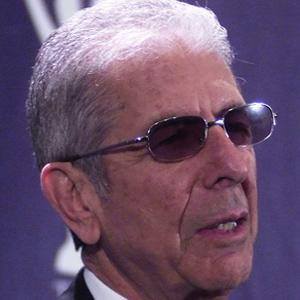 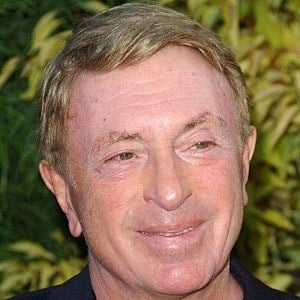 Juno Award-winning songwriter of intimate ballads such as "Suzanne" and "Hallelujah." He released over a dozen albums in a career that spanned from the 1960s into the 2010s.

He became president of the McGill Debating Union while attending McGill University. He also won the Chester MacNaghten Literary Competition for his poetry.

He spent five years in seclusion at the Mt. Baldy Zen Center in Los Angeles beginning in 1994. He was ordained as a Rinzai Zen Buddhist monk in 1996, taking the Dharma name for silence, Jikan.

He lived with Marianne C. Stang Jensen Ihlen for most of the 1960s, then began a relationship with Los Angeles artist Suzanne Elrod in the 1970s. He was also in relationships with French photographer Dominique Issermann, actress Rebecca De Mornay and Anjani Thomas. He had a son named Adam and a daughter named Lorca.

He was influenced by such literary luminaries as Henry Miller, Walt Whitman and William Butler Yeats.

Leonard Cohen Is A Member Of