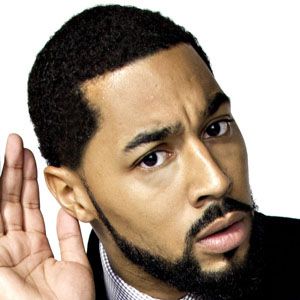 Known for his web series The Green Room, as well as for his role as R.J. on the NBC sitcom Whitney, this American comedian is also notable for his appearances on Chelsea Lately and The Late Late Show with Craig Ferguson.

He rose to fame after winning NBC's Stand UP For Diversity Talent Search contest.

Born Michael Anthony Bell II, he grew up in the Atlanta suburb of Decatur, Georgia, and later lived and worked in Dallas, Texas and Los Angeles, California.

In 2014, he co-starred with Kate Walsh in the short-lived NBC comedy series Bad Judge.

Tone Bell Is A Member Of